Bobby Dean is a supporting character in the Netflix series, Ozark. He is owner of Ozark's local "titty bar", the Lickety Splitz and launders money through the business for Jacob and Darlene Snell.

In Blue Cat, Bobby Dean is introduced as the owner of the 'Lickety Splitz' bar. Marty Byrde shows some interest in investing within the business in order to launder money through it, however, Bobby shows very little interest, often seeming to toy with Marty. He explains how the Lickety Splitz currently operates and Marty begins to make suggestions on improvements. Ultimately Bobby reveals he knows Marty's intentions of washing money and asks for twenty-five percent in return. Marty attempts to play dumb to the accusation but Bobby grows frustrated and tells Marty that they are done talking.

In My Dripping Sleep, Bobby makes a brief appearance. As he comes to fill his boat at The Blue Cat Lodge Marina, he notices Marty working on the dock. Bobby jokes with Marty about how he has found another poorer place to launder his money, in response Marty gives short blunt answers. This amuses him and, as he leaves, he tells Marty to fill his boat.

In Tonight We Improvise, after Marty comes up with a plan to take the Lickety Splitz from Bobby, he has Ruth Langmore apply for a job as a stripper to gather information and to make it easier for her later to infiltrate his business.

During the interview Bobby seems interested in Ruth, and has her turn and pull her jeans higher up in order to see her bottom more clearly. He seems reasonably pleased with the result and explains the different dances and what they entail.

He goes on to strongly imply that Ruth will have to have sex with the people she gives dances to, and after some fake flirting from Ruth he suggests they move on to the 'audition'. Bobby prepares himself for oral sex but after spotting the safe which contains the shares of The Lickety Splitz, Ruth has the information she needs and instead punches him in the groin and leaves.

Later in the episode Marty and Ruth put their plan into action. Ruth has Three and several of his underage friends go into the club, all if which begin drinking and interacting with the strippers. She also reports to the police that shots have been fired and several officers raid the club, Bobby is furious as the officers enter and he is quickly detained for the underage customers.

Whilst Bobby is escorted to the station, Marty and Ruth successfully steal his safe from his office and obtain ownership of the Likety Splitz, which Bobby is later informed of by Marty himself during a visitation.

Once presumably accepting Marty's offer or finding another method of paying his bail, Bobby goes to visit Jacob Snell, and informs him on what has happened. When he enters the farm, Bobby seems nervous , however, is greeted with a warm embrace from Jacob who asks his wife, Darlene Snell, to get the pair some lemonade.

As the two men sit on the porch and talk about Marty, Bobby informs Jacob of all he knows and promises to work it out. Jacob then questions how Marty came to know of Bobby and his role of washing money. Bobby tries to lie before being stopped by Jacob who instead asks for more lemonade and begins to tell an anecdote about 'The Hillbilly and The Redneck'. Bobby seems confused by the story, but has little time to respond as Darlene returns, dropping the lemonade jug.

As he crouches down to help Darlene pick up the pieces of glass, he stabbed in the neck by her with a syringe. Bobby then falls back, choking to death as he foams from the mouth. This marks Bobby's final appearance alive.

In Ruling Days, Bobby's corpse is seen floating on Marty's dock; sent as a warning from the Snell's. His death investigation is quickly closed by police and ruled as an overdose, but rumors do circulate that Marty may have killed Bobby after taking the Lickety Splitz.

Stripping might be every girl's dream but it might not be for every girl. You read me? 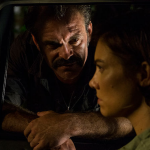