Fire Pink is the ninth episode of the third season of Ozark. It aired on March 27, 2020 on Netflix.

In a taxi following his confrontation with Helen and Erin, Ben engages in an extended, incoherent monologue. Marty goes to Ruth's and asks why she worked for Ben's release. Ben arrives and admits he went to Helen's house. Ruth hides Ben at Darlene's. Erin confronts Charlotte and Jonah about Ben's claims and they admit Ben is right. Erin tells Helen she knows the truth about Helen's work and returns to Chicago. Recognizing they are vulnerable because Ben went to Helen's, Marty and Wendy plot to show Navarro they are more valuable to him than she is.

Ben leaves Darlene's so he can pledge his love to Ruth. Nelson follows him into the casino, so Marty takes Ben out a side exit. Nelson follows Ruth home and Ruth challenges him about Cade's murder. Marty engineers a sudden increase in casino profits, meaning Maya will remain and continue auditing the Byrdes. Ben flees with Wendy, then calls police on himself, but Wendy talks officers out of arresting him. Ben calls Helen to apologize, and Wendy ends the call before Helen learns Ben's location. Wendy abandons Ben at a restaurant, then breaks down during a call to Marty. Ben sees Nelson arrive. 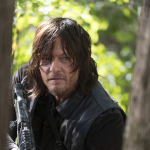